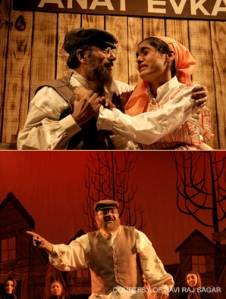 Musical Theatre is calling out – the photos above are from a production of Fiddler on the Roof with an all-Indian cast.

Tradition is the handing down of beliefs, customs, rituals, stories.  This is good news for the observant Christian – we have such a wealth of gifts from the saints who came before.  We can interact with all these solid prayers and practices to enlighten each generation, and nourish our own faith – deepening in response to the Living God who moves among us.

However, what most people encounter on a Sunday morning is not an encounter with the numinous but a museum. Even a canon in a cathedral observed “There are an awful lot of museums in this diocese – museums with floor shows!”  Churches that ignore the tradition of the power of baptism, for example,  preventing a gathering around the font or not discussing the implications of this sacrament.  Or  The Episcopal Church’s tendency to worship the Book of Common Prayer instead of the content.  The canticles that dance through a Morning Prayer service cry out for savoring are read as if they were disclaimers at the end of a pharmaceutical ad. 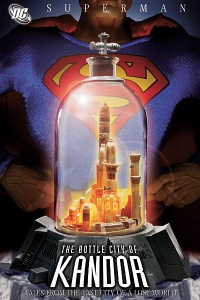 Christians have 2,000 years of global traditions to draw upon.  Traditions that don’t require “things” or program.  Traditions like hospitality, holy listening, true stewardship, or the surety of change.

When your foot hits the tarmac at the Honolulu airport, without every seeing an orchid you know you are in a verdant paradise by the smell and texture of the air.  One year I was in St. Andrew’s Cathedral in Honolulu for Advent 3.  There was not a hymn or a prayer that recognized our location on the globe. Even odder was the announcement  that the greening of the church for Christmas would be delayed as the shipment of pine from Seattle hadn’t arrived.  Whose tradition was defining this worship?

I have a personal theory about why the tradition the Episcopal Church particularly draws upon is so limited.  The forty out of two thousand years that make for the narrow definition of tradition are the height of the British Empire.  It is a class and power high for those in the class and power structure and perpetuated solely by the shrinking population of those who benefit from being higher up the food chain.  It bamboozles those seeking a spiritual path, confusing the activities of sacraments and living and studying the gospel with inane arguments about high and low church.

And like all things associated with imperialism and hierarchy, it sends the message that some are better – or at least more in the know – than others.  The disenfranchised are allowed in only if they play by the rules.  Rules made up in a time and place very far geographically and spiritually from the Nazarene Rabbi, Jesus.

The de-churched have rejected – perhaps subconsciously for the moment – this museum/private club with a floor show, choosing more useful traditions such as the pilgrim’s or prophet’s or mystic’s path.  Meet you on the road! 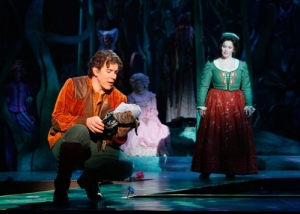 I have heard that Sidney Sanders, former bishop of East Carolina and much beloved faculty at Virginia Seminary, had written about the theology of the Broadway Musical.  Certainly Broadway has given us much more than jazz hands and emo singing cats. It embodies story, hope, social justice, reflection, epiphanies, as well as the glory of the human being fully alive.  Anyone who has been close to the theatre knows that there is no better community for accepting brokenness, and enveloping fellow seekers in the embrace of fellowship.

In the words of one of Sondheim’s most simple lyrics: No One is Alone

This blog began as a kind of personal therapy – a place to detox from the harshness of church work and disingenuous church community.

That season is done.  Today I had a wonderful conversation with Kenny Moore – aka Kenny the Monk.  His book, The CEO and the Monk carries high ratings on Amazon.  I’m embarrassed I haven’t read it, because a conversation with Kenny is a revivifying experience filled with insight, reverent irreverence, generosity, and lots of laughs.

So in the days to come, when this Hopeful Episcopalian reclaims the path of hope rather than its abstraction, look for the deletion of some of those more therapeutic posts, a revamping of  About this Blog, and a chance for the thousands of us out there to start calling out and finding each other.

After all, Anyone Can Whistle.